TRACKERSHOP GPS TRACKERS ON THE BBC

For the last 2 years, Trackershop has been working with the BBC to provide expertise and guidance for several shows, as well as bespoke covert GPS Trackers for each episode of their day time TV show, "Thief Trackers".

Most recently Trackershop worked with BBC 1 on their prime time show, Inside Out London, as consultants and (brief) onscreen contributors.

The episode focused on the all too common trauma and frustration experienced by victims of theft based crime.

Due to the high level of asset theft in the UK, it is a sad reality for so many that they will never see their, often, invaluable items ever again.

At best, the item is covered by an insurance policy and there is a possibility of having the stolen item replaced.

This comes at the expense of time and stress, not to mention the overall trauma that the whole experience brings.

As a result, many Londoners are taking it upon themselves to fight back against thieves who's strong advantage lies behind the fact that Police are under-equipped in dealing with all of the reported theft based crimes in London. 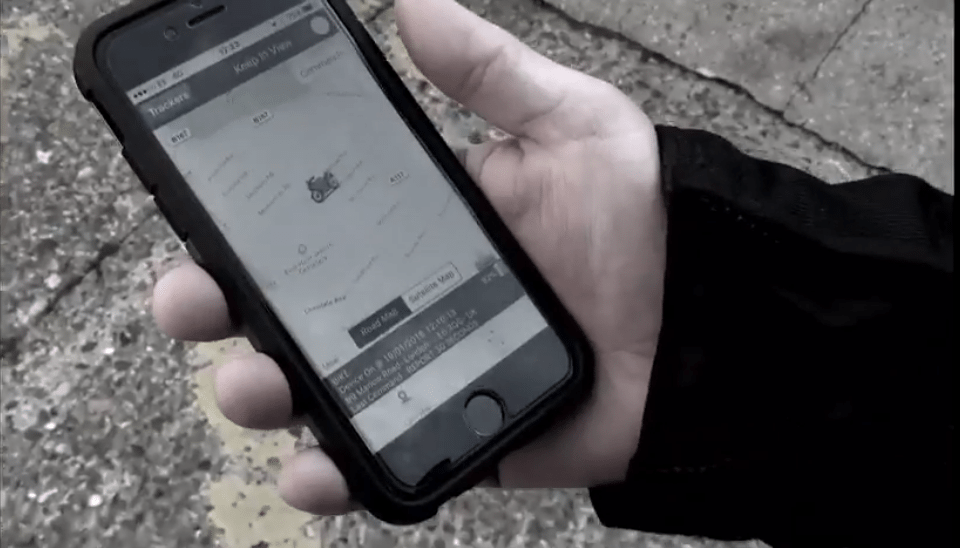 Dave Sweeney is a Trackershop customer featured on the Inside Out London episode.

As a passionate motorbike owner, Dave had already previously experienced that violating the feeling of having his bike stolen.

With no leads or trail as to where it finally ended up, his bike was never retrieved. No clues, witnesses or information materialised to help the police in their enquiries, meaning Dave sadly had to accept that he would never see his bike again.

As a bike enthusiast, Dave was not going to be put off owning bikes by the risk of them being stolen.

When he replaced his stolen bike, he contacted us for advice on the best bike GPS tracker to ensure he never experiences the mammoth inconvenience and feeling of violation again.

Trackershop were pleased to help and advised Dave to use a Micro Magnetic 4 GPS tracker to protect his bike. The Micro is a small magnetic tracker, and one of the most affordable live GPS trackers available.

Because of its size, the Micro is a versatile asset tracker and can fit in smaller spaces, whilst allowing over 7 days battery between charges.

Unbelievably, despite taking additional safety and storage measures, Dave's second bike was stolen from right outside West Ham United Football stadium whilst he was enjoying a game.

This time, however, Dave was able to track his bike in real-time using the Trackershop app on his phone.

Dave tracked the bike to a nearby lock-up where it had been chained to railings by the thieves.

Frustratingly the police were unable to do anything at the scene to retrieve the bike, as they were not equipped to cut the bike loose.

Dave was not to be outdone by thieves a second time, and cut the bike free with his own power tools, and rode it away from the crime scene quick-smart!

You can watch the Trackershop contribution and Dave's account at 5:34 of this clip.

BBC INSIDE OUT LONDON

Dave's situation is not a unique one, with countless members of the public taking it upon themselves to add further and more effective protection with GPS trackers.

If you would like to know more about which GPS tracker would best suit your needs, and help protect your most important assets, then please do get in contact.

Our team at Trackershop have the knowledge and experience to guide you to the best GPS tracker for your individual use.